For the calls please go to http://www.frogbook.co.za/frog-calls.php 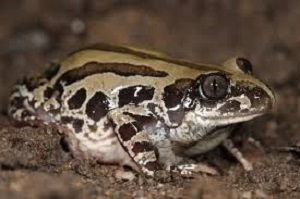 A medium sized (to 40mm) ground dwelling amphibian which prefers to walk rather than hop. They walk a few quick paces, then pause before continuing to walk another few paces. All kassinas are walkers. It is an abundant species, prefering both temporary and permanent water, favouring large well-vegetated pools.

They lay between 260 and 400 eggs which are attached to vegetation underwater. They are extremely widespread.

They feed on arthropods including termites, caterpilars, ants, flies and spiders. They are preyed upon by herald snakes while approaching breeding sites.

A group of frogs is called a chorus. These guys bubble or burble. 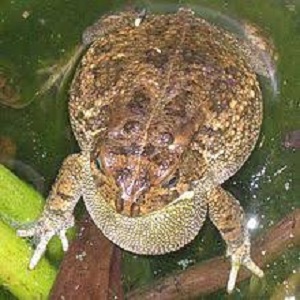 These are large and very adaptable amphibians. As they are not affected by habitat loss and have no major predators, the population is on the increase.

They are a NEMBA category 1b invader, as they are spreading rapidly and are a threat to indigenous frogs, especially the endangered Leopard toad. 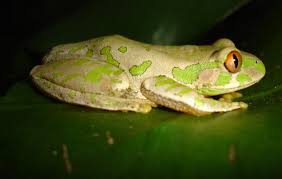 These beauties are endangered due to forestry activity and invasive alien vegetation within their habitat.  They are of medium size (up to 64mm).

They lay up to 200 eggs in holes on river banks.

They feed on mosquitoes, flies and ticks (very lovely creatures).

The call begins with a short buzz before a quack-like Yack-yack. 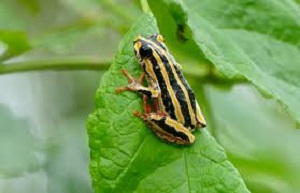 This is a medium sized frog (up to 43mm), abundant along the coast. Although indigenous, they are listed as a NEMBA category 3 invader, due to their spread throughout the country. The eggs are directly deposited into the water, especially recently created water bodies, and then spreading via water courses. They have also been found in the Cape in banana consignments and in Pretoria in Nursery plants, from KwaZulu-Natal.

They form large choruses (groups) and emit a loud distinctive call during the breeding season. In the dry season they take up residence inside houses, hiding behind cupboards, cornices, pelmets, etc.

150 to 600 eggs are laid on the surface of submerged leaves, stalks and stones. 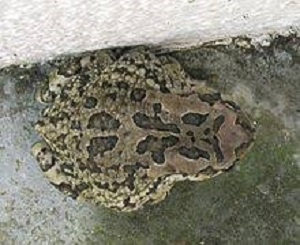 This large toad (115mm) breeds in rivers, dams, streams and ponds, but prefers to spend most of its time away from water, often found behind plant pots,garden ornaments, etc.

Like most typical toads, it has a large parotoid gland behind each eye. If it is injured, it exudes whitish spots of venom on the parotoid glands. This can be hazardoud to dogs and cats if they bite the toad. Ever seen your pet foaming at the mouth?

They lay their eggs in jelly-like strings in water. You can sometimes see it them floating in your fishpond or swimming pool, if it is not overchlorinated. 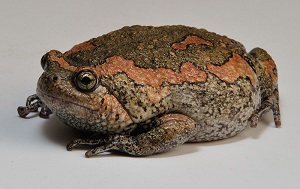 They occur in grassland, pastures, clearings in forested areas and graasy corridors between plantations of exotic trees. They occur at altitudes from sea level to 1700m. During the dry season they hibernate in holes made by other animals and reptiles. In the daytime they can be found under loose stones or tufts of grass near water. Like the kassinas, they prefer to walk rather than jump. When threatened, they roll over onto their backs, with feet tucked in and feigning death. When the danger has passed they quickly rollover again and walk off.

The skin contains toxic peptides which cause severe reaction to anything that consumes them.

They breed in ponds, dams and marshes, laying 100 to 500 eggs, attached to vegetation under shallow water. 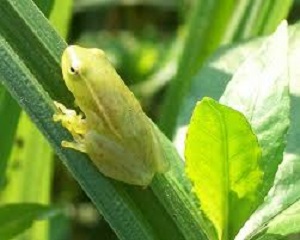 As the name suggests, they breed in shallow ponds, vleis and dams that have water lilies and other floating vegetation. During territorial disputes the males often butt one another with their vocal sacs.

They produce an average of 500 light green eggs laid in groups of 20 to 200 between overlapping leaves which are glued together by the jelly surrounding the eggs.

They eat ants and flying termites.

They are preyed upon by the yellow-billed Egret. 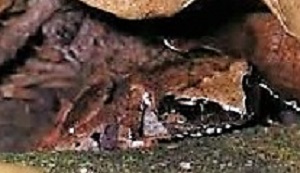 This is a small frog up to 2.5 cm. The call of this frog may be mistaken for crickets - a squeaky whistle, hence its name. They breed in leaf litter on forest floors rather than in water. They have black markings on either side of the face and a feint hourglass shape on the back. They are often heard in residential gardens but do prefer the forest.

They lay their eggs in the damp leaf litter and the eggs hatch little frogs - no tadpoles!

They are threatened by habitat destruction. 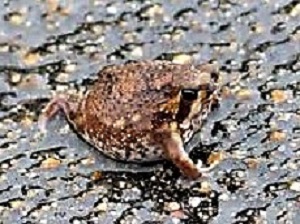 This crusty-looking creature has only recently (after 2003) been recorded in this area. It prefers sandy soils and has not actually been seen in forest areas. It is more likely to be found in gardens with well-turned soil.

Males can be found emerging from the soil after heavy rains  They call from a well hidden shallow depression behind vegetation. They may call for several days and nights in overcast conditions. The male remains attached to the female via a sticky secretion during nest construction.

They lay about 45 eggs covered by fluid-filled jelly capsules about 30cm below the surface.

The female stays close by until the froglets leave the nest. 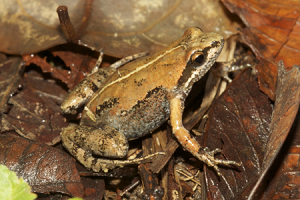 These guys occur in relatively high rainfall areas. The males are highly territorial, warning invaders with a loud warning call which is different from their normal call. They normally call in the late afternoons, continuing into late evening.

Clusters of eight to twenty-five eggs, up to fifty, are laid anchored to the substrate.

They are known to feed on mosquitoes.

They are the most common frogs in their range, and in the wet season can be heard from every water-containing pool, pond and ditch.